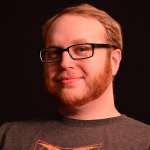 In 2020, sonic the hedgehog it became an unexpected critical and box office hit. Thanks in part to a brilliant comedic voice performance by Ben Schwartz, a return-to-form performance from comedy legend Jim Carrey, and a love of the video game source material that was evident from the start, all combined by to one of the biggest hits of the year. A sequel was immediately pushed for development and timing Sonic the Hedgehog 2 certainly ups the ante, it doesn’t manage to outdo its predecessor.

While the original film’s cast all return, Idris Elba and Colleen O’Shaughnessey voice new characters Knuckles and Tails respectively. Knuckles is the antithesis of Sonic; he is serious, gullible and a born fighter without recognizing that his pain is one that he and Sonic share. Knuckles doesn’t immediately see that he and Sonic are more alike than either would like to admit. Tails, while a welcome addition to Sonic’s group and forces the blue hedgehog to become a mentor, feels more like a fanboy than a hero who is more than capable of dealing with Dr. Robotnik.

The stakes are raised from the first film; Dr. Robotnik has returned to Earth to claim Sonic as he teams up with Knuckles to find The Master Emerald, a giant gem said to endow her with unimaginable power. After a brief introductory fight with Knuckles, Sonic and Tails travel to Siberia where they locate a compass to find the Emerald. It is here, in the second act, when the film begins to derail. There’s a long dance scene in Siberia where Tails and Sonic have to face off against a bunch of angry Russians set to Bruno Mars’ “Uptown Funk.” This scene seems too similar to the dance scene Guardians of the Galaxy and it could have easily been reworked to have Sonic and Tails sneak their information and get away with it. There’s also an entire subplot involving Sonic’s human mom and dad as they travel to Hawaii for a destination wedding involving his “mom’s” sister that turns out to be a hoax that could have been completely removed from time of execution This sequence completely derails the story and when Sonic resumes his journey, he forgets where he left off in the first place.

The sequel retains the humor of the original film and the addition of Knuckles seems like a natural progression for the series. Tails is expected to get a heroic upgrade for the eventual third film, but he’s more of a squeaky wheel in this trio of heroes. The two hour running time is a major concern as there are many scenes that could have been edited out for the time and it forces rushed character development towards the film’s conclusion. Sonic the Hedgehog 2 it’s a worthy follow-up to an outstanding first outing, but it’s just short of surpassing it. The credits scene here introduces a new character, Shadow, so hopefully the filmmakers can avoid the inevitable character bloat that plagues movie franchises.

VERDICT: 3 out of 5 Master Emeralds

Chris Rupp is known as a regular walker, someone who can’t wait for medical science to develop cybernetic livers, and thinks that Batman could call Superman any day of the week. Two of the above facts are true, one is a lie. He is an avid lover of craft beer and podcasts, and on any given evening you can find him adding to his puzzle collection or watching the Chicago Bears.

View all posts by Chris Rupp

A slimmer and healthier body is important these days. Everyone is struggling with different health problems due to their busy…

Amarose Skin Tag Remover is a serum exclusively designed to correct skin tag and moles. The company that manufactures these…

Hair and nail infections cause a lot of discomfort and fungal infection also causes itching and unpleasant odors. In addition,…