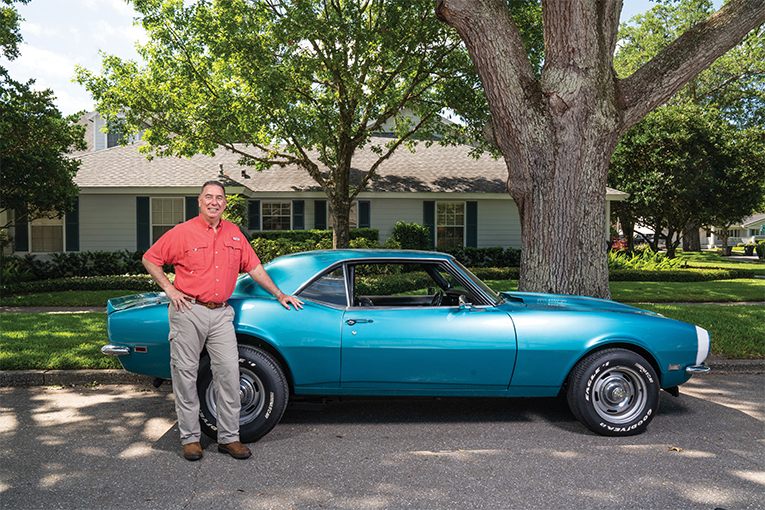 In 1948, the post-World War II boom was in full swing when Hugh Cotton, Sr. opened an Orlando bar he named The Royal. The retired insurance company executive had dreamed of tending a watering hole where locals could dance, play keyboards and gossip over a Tom Collins or whiskey sour. By day, insurance was his game in the form of a small downtown agency, Hugh Cotton Insurance. When Hugh, Sr., died unexpectedly, his son, Hugh, Jr., sold the bar, closed his lumber business and stepped in to build the insurance business.

Fast forward several decades. Mickey’s House had come to town and local tourism was growing faster than you could redeem your e-tickets. Beefy King had already been serving up its now iconic roast beef sandwiches for a decade. Hugh’s grandson, Tom Cotton, a 1978 Boone High School graduate, had no dreams of following in his father’s footsteps. An adventurous teenager who rode his bike to Wekiva State Park to camp with friends and went boating and water skiing on local lakes, Tom thought he would join the Marines. But his father made him an offer he couldn’t refuse: “Just try Florida State University’s top-rated insurance program,” and if you don’t like insurance, I’ll send you to any school in the world to study. anything you want, or you can graduate and enter the service as an officer’”.
“I thought he didn’t love me because he was a Gator fan,” Cotton recalls, laughing. “But that’s when my world changed. I loved it up there. It’s where I met my wife. And he was right, I got to study with the brightest minds.” 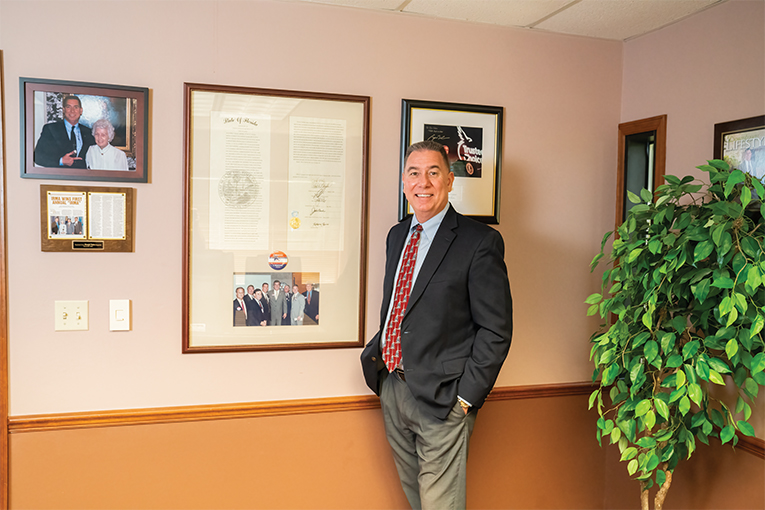 Until he was 4 years old, Tom and his family had lived in an apartment above the family offices on Curry Ford Road that his father built in 1950. Except for his move to Tallahassee, Cotton has never lived more than ‘one mile from the office. In 1999 he assumed the position of president and CEO. Today, Hugh Cotton Insurance is the oldest private agency (74 years), the largest in Central Florida, insuring individuals, businesses and multinational companies employing thousands. Hugh Cotton’s local “world headquarters” has 14 employees.

After years of success as a third-generation underwriter, Tom Cotton has seen just about every claim imaginable, from hurricane-damaged roofs to ransomware attacks.

And then there was the dog bite case. A man was walking through a warehouse secured by the Cotton firm. “He rounded the corner and the dog took the closest place a dog can bite.” Ouch. It was the largest claim his agency ever paid.

One claim settled by Cotton’s agency was that of a client who became a good friend. Mark Whitmire’s 75-year-old Whitmire’s Furniture building, another historic local business, lost its roof during a microburst, a small but damaging downdraft from the core of a storm.
“He came out of nowhere and lifted the roof right off our shop,” says Whitmire, now a hunting buddy of Cotton’s who admires his friend’s knowledge of the insurance business. “Tom was into it immediately. His knowledge of the industry is second to none.” 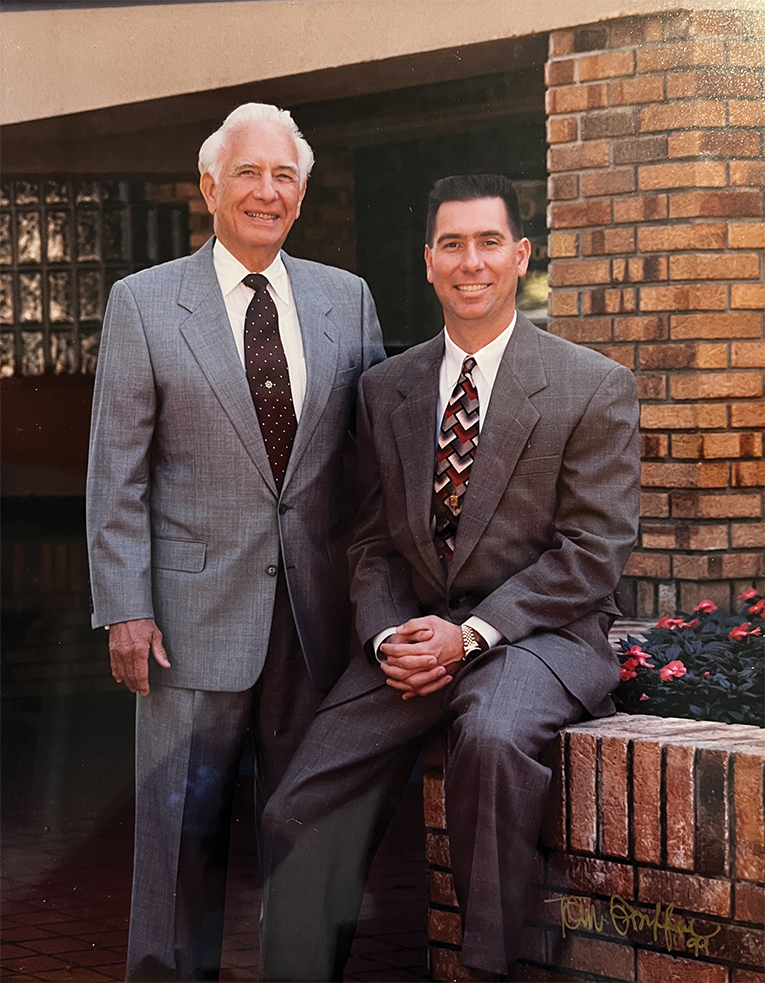 Insurance jokes are a dime a dozen. Fleetwood Mac had insurance for “Landslides”. Adam and Eve needed cover. What is the perfect name for a life insurance salesperson? Just in case.

But it’s no joke if people don’t have adequate coverage and end up suffering a disaster, accident, or other life-changing event. And Cotton has learned through experience that being prepared means more than covering all the policy bases.

“Charley hit on a Friday. On Saturday, our world changed,” he recalls. “We had 2,000 policies with Lititz, and Lititz doesn’t answer the phone. We got hold of the president—he located him on his cell phone—and he tells us: ‘We’re holding a parade!’ I said we have a catastrophe here, so by 2pm on Saturday, Lititz had its offices up and running. 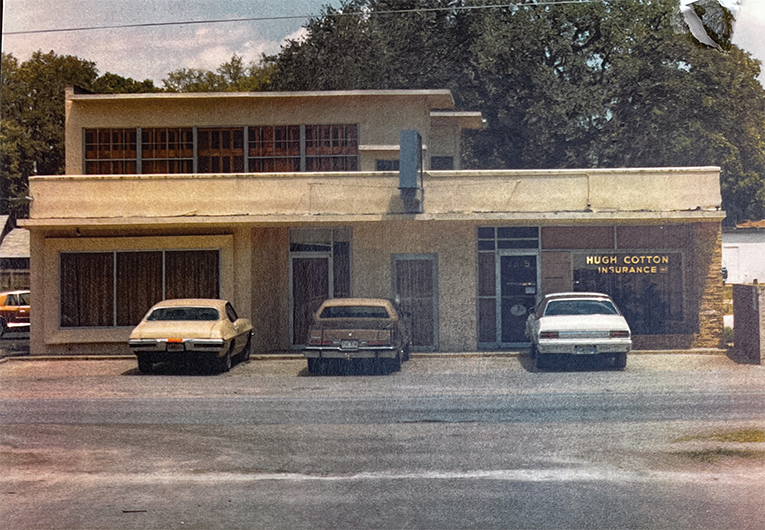 It can also tell you that as our high-tech world changes, cyber insurance coverage to protect against hackers and ransomware is something many businesses haven’t considered. “If you click the wrong link that comes in your email or text, bad things happen,” Cotton warns. “Cyber ​​insurance helps you restore your data, negotiate and pay the ransom.” It also pays for company downtime, credit monitoring of customers whose personal data has been hacked, and more.

“The average rescue has gone from $5,000 to $320,000. It’s a signature product for us. It’s very technical but it starts the conversation: What do you do to protect yourself?” he says.

On weekends, when Cotton isn’t preparing for worst-case scenarios, the married father of three takes his boat out or runs his 1968 Camaro around the city’s east end.

He and his friends also hunt wild boars and alligators. Is there a liability policy for this? You bet Cotton formed his own insured adventure guide company, Eagle Outdoors, to make sure he’s covered.